Often, life can be so unfair and the people who should love us the most, actually hurt us.   The pain is real and may even seem unbearable.  Sometimes, we may even blame ourselves, but there is so much liberty in just knowing that life is not always fair.

David is an example of someone who was treated very unfairly.  We can find him on the run most of his life from Saul  (I Samuel 19:1 NIV).  Even Jesus in His perfection was mistreated.

Today, think about who may have brought hurt and pain to your life.  Maybe that person is still near and dear to your heart.  Maybe it is more than one person. Write a list if you have to. Release each person to Jesus.

After David had finished talking with Saul, Jonathan became one in spirit with David, and he loved him as himself. From that day Saul kept David with him and did not let him return home to his family. And Jonathan made a covenant with David because he loved him as himself. Jonathan took off the robe he was wearing and gave it to David, along with his tunic, and even his sword, his bow and his belt.

When the men were returning home after David had killed the Philistine, the women came out from all the towns of Israel to meet King Saul with singing and dancing, with joyful songs and with timbrels and lyres. As they danced, they sang:

“Saul has slain his thousands, and David his tens of thousands.”
Saul was very angry; this refrain displeased him greatly. “They have credited David with tens of thousands,” he thought, “but me with only thousands. What more can he get but the kingdom?”  And from that time on Saul kept a close eye on David.

Saul told his son Jonathan and all the attendants to kill David. But Jonathan had taken a great liking to David and warned him, “My father Saul is looking for a chance to kill you. Be on your guard tomorrow morning; go into hiding and stay there.”

“Father forgive them for they do not know what they are doing.” 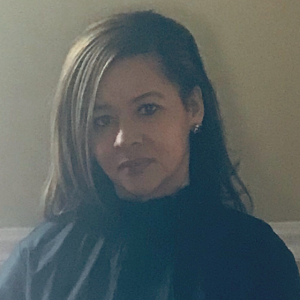 Hi there!  I am Tekeela, a health/wellness nurse educator, writer, Jesus follower and lover of life.  I grew up in a very rural, farm area (did not appreciate it at the time) but it taught me so much about slowing down to enjoy the simple things.  So here I am now -many years later bringing together my love of life, health, food and Jesus.   Check out more about me under the ABOUT tab!

Psalms 16: 5-6
Lord, you alone are my portion and my cup;  you make my lot secure.
The boundary lines have fallen for me in pleasant places; surely I have a delightful inheritance.